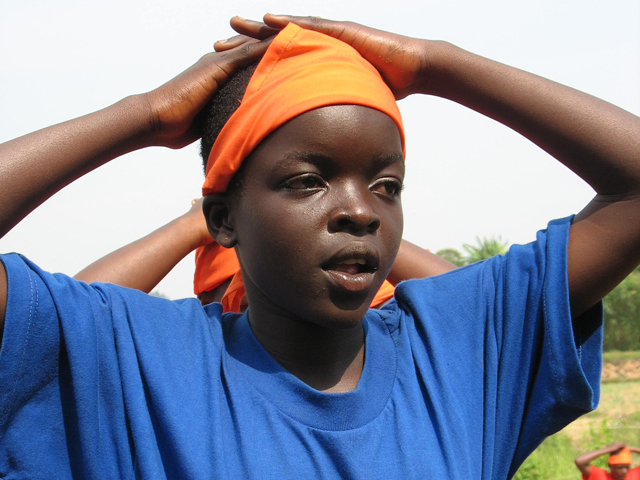 Cre8 East Africa’s second project took place in December 2007 in Yala, Western Kenya and in Poeldijk, the Netherlands. Cre8 produced a music theater performance with the theme: ‘How do I shape my future?’

In Yala, Kenya we worked with a group of seventy youths aged 12 to 22 years old. The group in Yala exchanged ideas about making a play with a youth group in the Netherlands under the supervision of Cre8.

Subsequently, a team of professional Kenyan and Dutch artists organised workshops in Yala for three weeks. They worked with play, dance, music, rap and visual arts. The workshops eventually led to a beautiful performance ‘My Life, My Future’, ‘Ngimana Mabiro’ in the Luo language which was performed in Yala and Kisumu.

The situation of children and youths in the Yala region is problematic. Many young people never finish school and those who do often don not get a job. The lack of employment or other activities stimulates alcohol and drug use. HIV-AIDS was also a major problem in 2007. We were aware that this problem could not be solved by a project like Cre8’s.

What we could do however was helping the youths to express themselves in a performance and through this helping them to take control over their futures. By making them perform before an audience of peers, community members and key figures from that community, we wanted to give them a voice and strengthen their self-awareness and self-confidence.

Simultaneously an activity started with a youth group in Poeldijk. They exchanged ideas with the group in Kenya to eventually create a performance that was intertwined with the one in Kenya. Through this exchange we wanted to enable young people to come into contact with peers from a different culture, so that they may see their own dreams and future vision in a different perspective.

For young people in Kenya it has been useful and interesting to work intensively with Dutch young people on an equal footing. Of course, this also is true for the participants in the Netherlands and support for future international cultural exchange may have been created. Collaborating and communicating at a great distance and thereby overcoming language, culture and physical barriers was the challenge of this project.

In addition to organising workshops and making a performance, Cre8 was also able to donate a number of materials and equipment so that the young people could continue activities independently. In addition, our Kenyan colleagues gave lessons and workshops for an additional six months.